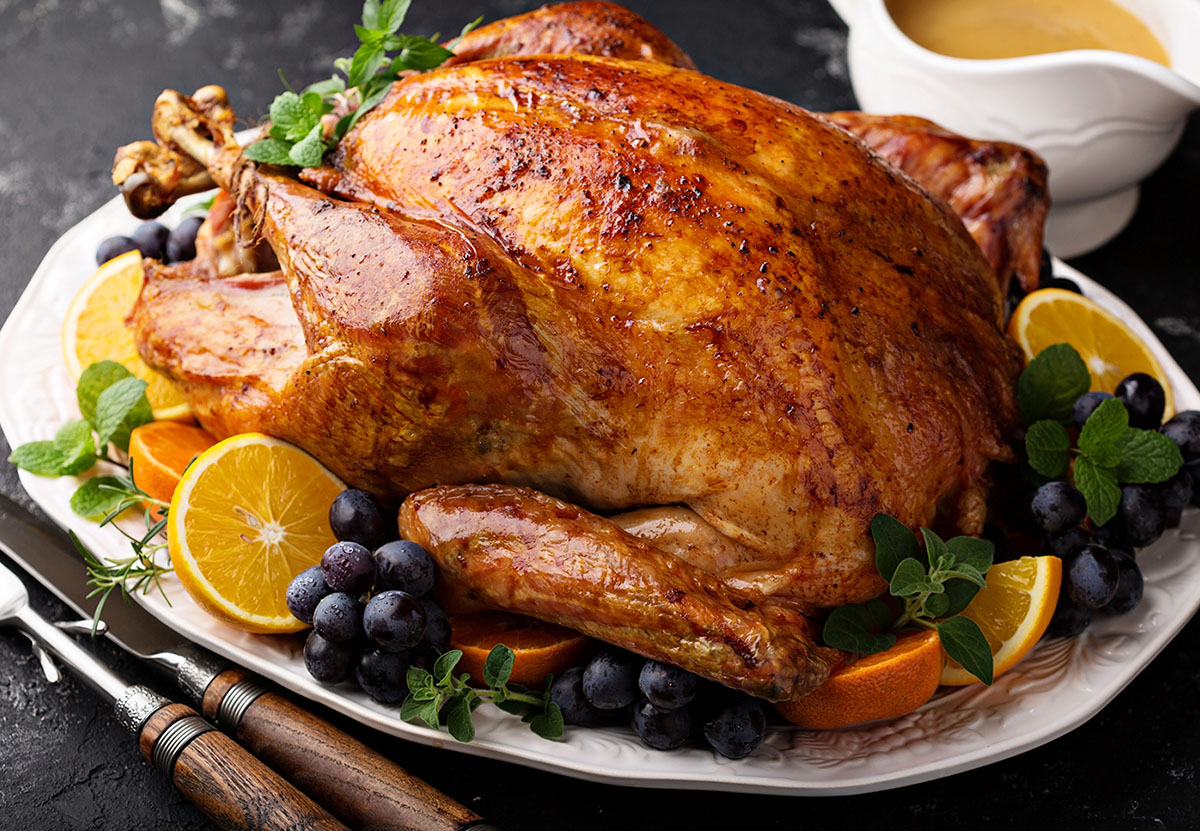 Let’s talk turkey – Thanksgiving turkey, that is, the star bird and all the fixings and accouterments that accompany this king of the feast – the shopping, the cooking, the cleaning, the travel, the dishes, the in-laws. Thanksgiving is a fascinating puzzle of supply chain and logistics, and the MBA students at College of Business took a close look at just a piece of that puzzle – the turkey – for First Alternative Natural Foods Co-op.

First Alternative is a longstanding Corvallis business serving customers whose interests began with homemade granola and hand-ground peanut butter. Now with two locations in Corvallis, they’ve expanded to gourmet vegan salads and artisan local cheeses to appeal to the growing base of healthy-foods customers.

“First Alternative Co-op has continued to grow with our community since it started more than 50 years ago,” said co-op brand manager, Emily Daniel ’12, MBA. “As we grow in our store offerings, we also love to grow in terms of the tools we are using to make effective business decisions. Plugging into data analytics helps us understand how to best serve our customers, which is what inspired the idea for this project.”

The co-op’s interests in turkey, naturally, focus on fresh turkeys, and how to get the best to their customers. Why is that important? Well, the frozen ball of bird is used by common grocery stores as a loss leader to lure customers and get them to buy up the rest of their holiday list. Meanwhile, the fresh bird, often free-range and/or organic ordered well in advance, is a much more complicated process.

First, they wanted to better understand how they could forecast turkey sales at the beginning of the year, so they could have the fewest leftovers and maximize their sales.  Since turkeys can only be ordered many months in advance, determining the right mix of weight groups and turkey types is important in reducing waste.

Second, they wanted to know when and where to have turkeys staged between their two store locations. This included the planning to have staff on hand to move the inventory. Turkeys do not sell well outside of the Thanksgiving holiday, so any leftovers are often heavily marked down or turned into other products and sold for little profit.

And this is why Pedrosa says their team’s initial forecasts and stocking recommendations fell flat. “When doing a direct comparison of the forecasts, we found the forecast that First Alternative had made to be more accurate than our own,” Pedrosa. “Only after applying some modifications to our thinking were we able to provide a more accurate forecast.”

Pedrosa, who has worked at Intel since 2012 in varying engineering roles and most recently in supply chain management, has found that one of the consistent threads in his work, as well as his approach to this project, is to be data-driven and objective when evaluating decisions.

“We often find that what we thought to be a strong indicator of performance could be misleading,” Pedrosa said. “So we took the time to understand what we were measuring and what it could tell us as a process that could apply to any problem.

The project team decided that by just looking at the grocery store’s historical sales information, they were not getting the entire story and that measuring “censored demand” would result in a better outcome.

“Our group really latched on to the concept of “censored demand” – or demand that would have been satisfied had there been inventory available to sell,” he said.

They went back to the data – detailed transactions for several years, along with information about turkey weight groups, excess turkeys, and store-level inventory data. By charting out the historical sales data by day and weight group in the days leading up to Thanksgiving in the previous years, the team was able to visualize when turkeys went out of stock.

“The data as received is just a starting point, often with missing data points, or organized in a manner that may not be directly amenable to solving the problem at hand. Steven and his team were able to clean the data and fill in holes to identify a problem that the co-op did not know they had,” said Karthik Murali, assistant professor of supply chain and logistics management and faculty advisor for MBA research.

“We found that organic turkeys in a smaller weight group sold out early in the week and by applying some scaling techniques, we could project what would have been sold had there been more in stock,” Pedrosa said. “Likewise, we found that several weight groups almost never sold. By estimating censored demand, we were able to augment our sales forecasts, which only counted turkeys that were sold, with how many turkeys should have been sold, which is the “true demand.”

With that insight, the group could make stocking recommendations as part of its core solution as well as several ideas to reduce the number of excess turkeys at the end of the season. The team also recommended that First Alternative try to combine their sales forecasts with other co-ops in the region to improve their collective forecast accuracy.

Daniel says the research insights were useful: “The feedback and findings from this project gave us a great refreshed perspective on our turkey forecasting and ordering. We’ve been able to continue to improve the accuracy of our ordering, which greatly reduces the challenges associated with leftover turkeys and ensures we are getting the most of our sales opportunities.”

As an OSU alumna from the College of Public Health and Human Sciences, Daniel says that the co-op loved being able to collaborate with students in the College of Business as well as support an opportunity for them to tackle challenges that a local business faces.

“It was impressive to see the students recognize the value of the data they were utilizing, but also quickly recognize the real-world complexities that come along with that for our business,” Daniel said. “They were able to create effective solutions that were applicable outside of the classroom.”

Pedrosa concurs, saying he regularly applies what he learns in the MBA, which he studies part time, back into his professional career. “While this forecasting-centered project was in progress, I had a forecasting dilemma of my own to solve at work,” he said. “Bringing fresh ideas back to a large supply-chain organization is rewarding and helps in understanding how previous sourcing decisions were made and where we might go next.”