Jim Bernau: A story of leadership in the wine industry

Thank you for subscribing to the Business Matters Newsletter!
October 17, 2018 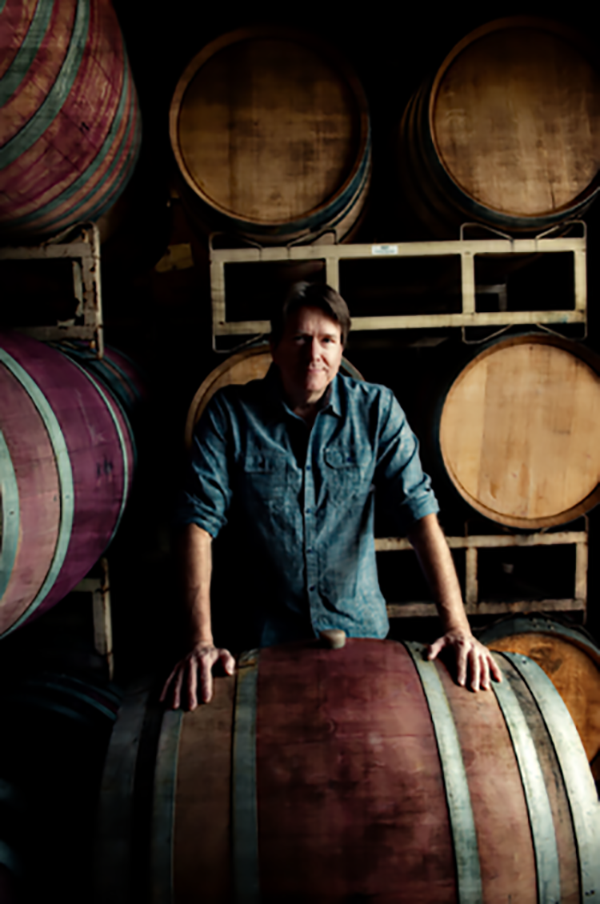 If you ask Jim Bernau how long he has worked in the wine industry, he will tell you that he can only remember ever working two days.
Maybe someday he will tell us which two days those were…

This story begins like it did for many of us. Being served small amounts of wine at the dinner table by our parents. But in Bernau’s case, it was made by the first emigrating winemaker since Prohibition: UC Davis graduate Richard Sommer, who believed it was in Oregon ― not California ― where he would grow world-class pinot noir.

Sommer needed a lawyer to obtain the necessary licenses that the state hadn’t issued in more than 30 years, so he drove his pick-up truck into the small town of Roseburg to find himself a lawyer, and hired Bernau’s dad. By 1963, Sommer had produced 200 gallons of wine.

First motivated by its effects more than its flavor, Bernau began by fermenting the concord grape juice that his mom kept in the freezer, guided by information on fermentation in the family encyclopedias, later graduating to Sommer’s grapes – hiding the bottles under the crawl spaces of the house.

While Bernau’s father wanted him to return from Willamette Law School to the family practice, he chose to pursue his interest in government and wine, representing the Oregon Winegrowers in the passage of the Oregon Wine Advisory Board for the research and promotion of the industry in 1981, his first piece of legislation as a young lobbyist.

In the same year, he began searching for vineyard land, found an old overgrown pioneer plum orchard in the Salem hills and began planting pinot noir in 1983, watering his vines with 17 lengths of 75-foot garden hose he’d bought on special. Bernau named it Willamette Valley Vineyards – later to become grandfathered into federal law when the American Viticultural Area was federally authorized.

While the vines were growing, Bernau concentrated on helping the Oregon Winegrowers by passing legislation on making wineries a permitted use on farmland, the direct shipment of wine, wine tastings in stores and restaurants, and later the establishment of the Oregon Wine Board. Bernau’s personal gift to Oregon State University established the first professorship for fermentation science in the nation.

His fellow winemakers recognized Bernau’s early work with the industry’s Founder’s Award followed by the Governor’s Gold, presented by Oregon’s four living Governors. His wines created quite a stir by when they appeared on the television shows “West Wing” and “Friends,” and were later served at White House State dinners. Willamette Valley Vineyards was eventually listed among the top 100 Wines in the World by Wine Spectator, named “One of America’s Great Pinot Noir Producers” by Wine Enthusiast and was dubbed “Winery of the Year” by Wine and Spirits.

The recognition Bernau values most came from his fellow winegrowers when he involved in creating the first system of environmental stewardship in American agriculture, the Low Impact Viticulture and Enology program, followed by awards presented by the Rainforest Alliance and the American Wine Society.

Bernau believes among healthiest forms of business organization are those owned by the community. He conducted one of the earliest “crowd funding” in the nation to build his winery by obtaining permission from the Securities and Exchange Commission in 1988, resulting in a growing fabric of laws allowing community-based funding for small businesses. Willamette Valley Vineyards has grown to more than 16,000 wine enthusiast shareholders and is listed on the NASDAQ under the symbol WVVI.