Thank you for subscribing to the Business Matters Newsletter!
May 4, 2022 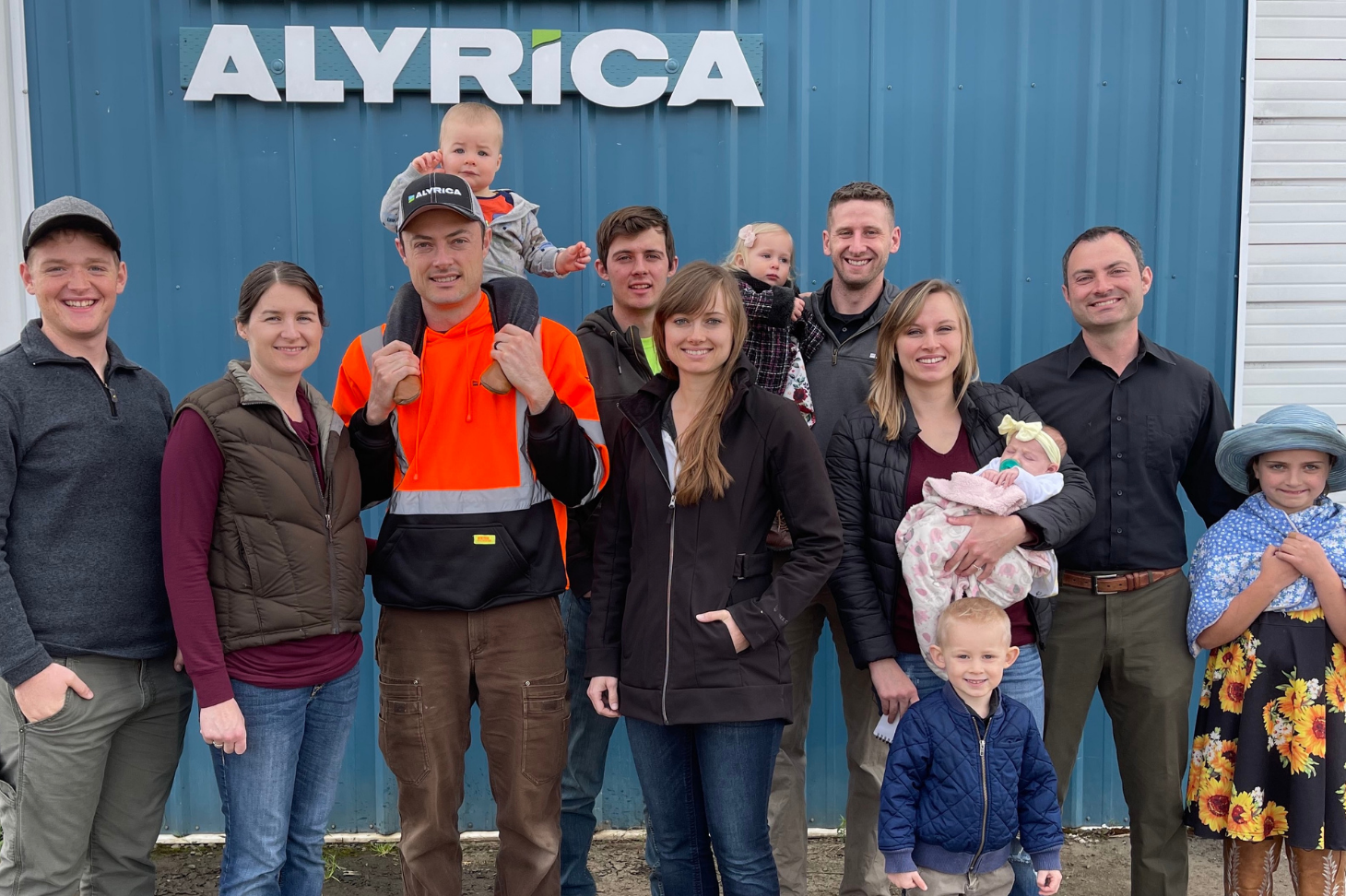 Ask the person being called out in the middle of the night to climb a tower and fix the problem what the company culture is like, and they’ll probably say, “We’re happy to help.”

You could say the culture of the first-generation family business got its start atop 80-foot poles, back when the siblings who founded the company in 2002 as teenagers used to answer customer service calls while performing maintenance and repair.

Friendliness is one of the core values at Alyrica. It’s also one of the characteristics that distinguishes the first-generation Philomath business as the winner of the Family Harmony award in Oregon State University’s Center for Family Enterprise’s 2022 Excellence in Family Business Awards.

Susannah Sullivan is the younger sister of company founder and CEO Kevin Sullivan. She says the family’s values are reflected at Alyrica. That includes helping people first, going the extra mile, taking ownership and doing the right thing.

The family’s entrepreneurial upbringing was influential for the 13 Sullivan siblings. When they were growing up in Philomath, working from home was seen as the ideal family life. By age 16, Kevin Sullivan was selling coal.

“I bought coal from this place in Virginia, and I had it trucked in via the railroad and then dumped off in our barn,” Kevin Sullivan recalled. “My brothers and I would bag it.”

When Joseph Sullivan, the oldest sibling, started a web design business, he began selling the extra bandwidth to neighbors. Brothers Kevin and Joseph Sullivan were amateur radio operators, and they decided to try supplying internet via radio frequency. At 19, Kevin Sullivan took over business operations for the company that would become Alyrica.

“We have a lot of Sullivans at Alyrica,” Kevin Sullivan said.

Open and honest communication helps them avoid conflict and builds trust and camaraderie among employees and family members who are active in the business.

Alyrica’s cohesive work environment has been tested, like with the spike in demand during the pandemic. Alyrica was able to adapt and grow to meet customers’ needs without compromising core values.

And construction is underway to build a new, expanded office campus in the Sullivans’ hometown, Philomath, for the company’s growing workforce and operations.

“Our vision is to build a great future for the Alyrica team,” Kevin Sullivan said.

“It’s fun to get up in the morning knowing I get to go to work with a bunch of really fun people who all care deeply about the community, about what we’re doing, who we’re doing it with and how we’re doing it.”